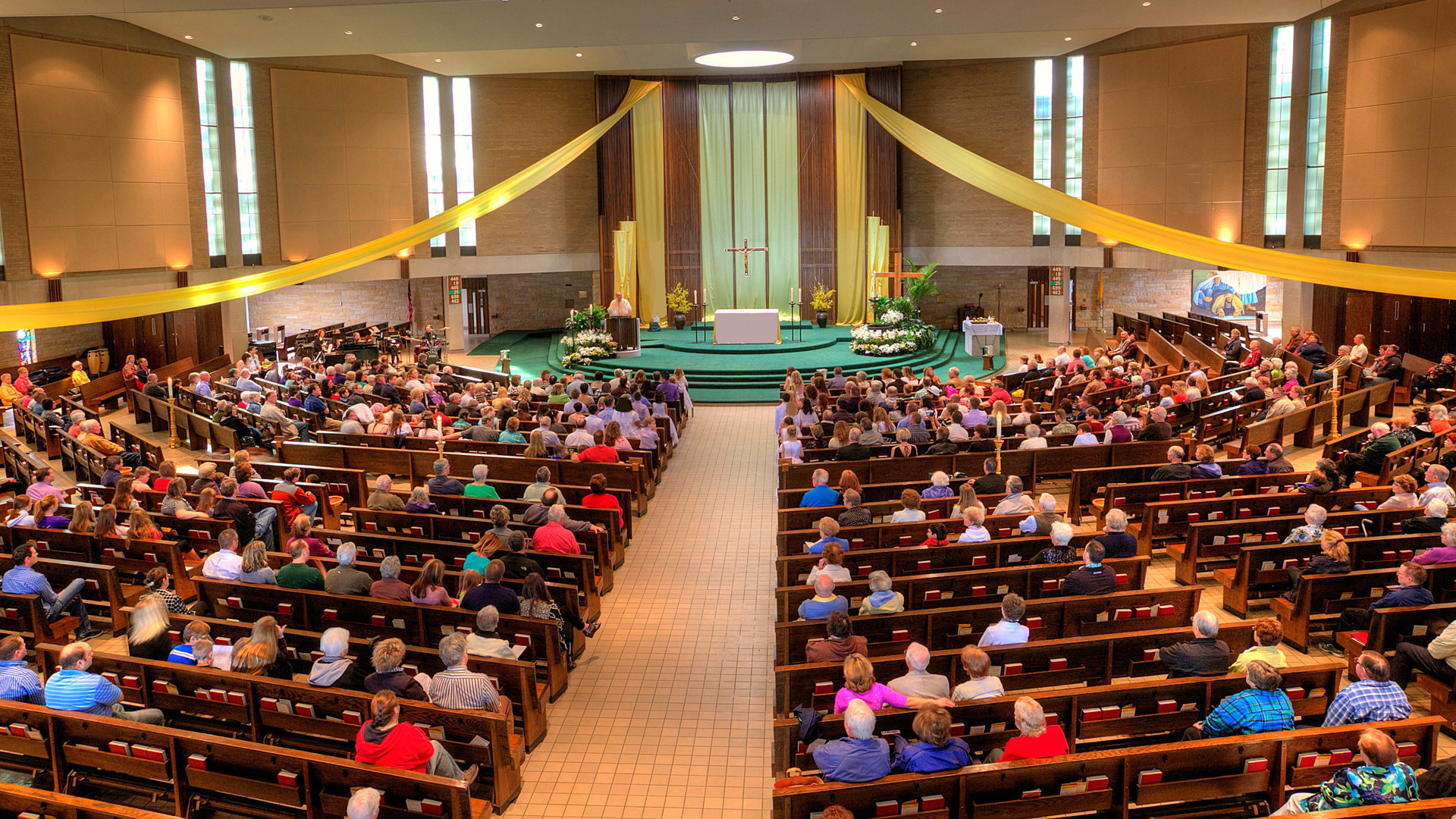 The Diocese of St. Paul was formed under the leadership of Bishop Joseph Cretin in 1850.  The Red Wing area was served by priests from St. Paul and Hastings. In 1858,

Father Felix Tissot was assigned to the area of Goodhue and Wabasha Counties, which includes the Red Wing area. Fr. Tissot traveled regularly to Red Wing to say Mass in the homes of catholic residents.Fr. Tissot formed a committee in the fall of 1862 to build a church to serve the 15 families living in the City of Red Wing. In the fall of 1862, a modest, wood-frame building to seat about 100 people was built.  On Trinity Sunday 1865, Bishop Thomas L. Grace dedicated the Church under the patronage of Saint Joseph.  In August of 1865, Father Christian J. Knauf became the first resident pastor.

In 1877, Father John N. Stariha built a new, buff-colored stone Church to accommodate the growing Parish. The Church had a capacity to seat about 400 people and was said to be the grandest church in Red Wing at the time. The wood-framed Church was dismantled and the building materials were used to build an addition onto the School that was erected in 1873.

The present Church building was built under the direction of Father H. Derham Ryan.  The building project included the building of a new Convent that opened in 1960. The new Church had its first Mass in January of 1965, almost 100 years after the dedication of our very first Church.  The Church is a sixteen-sided, circular-shaped structure with an extension on the south side that houses the Parish Office and meeting rooms.  The Church now seats 1,350 people.  In 2000, a new meeting space, Holy Family Hall, and kitchen was added to the west side of the Church.  Holy Family Hall seats about 250 people for meetings and events.

In celebration of the Church of St. Joseph's 150th Anniversary, a Parish Museum was established to showcase some of the historically-significant items from over the many years. Link: Parish Museum Photo Gallery